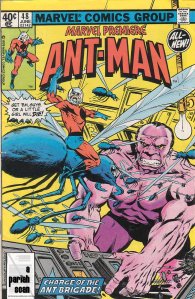 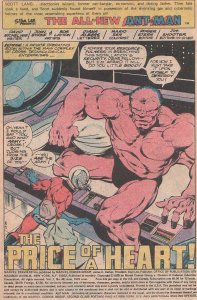 Synopsis : Marvel Premiere 48 was written by David Michelinie with art by John Byrne and Bob Layton (same as Iron Man 118) and concluded the story introducing Scott Lang as the second Ant Man. It opens with Ant Man meeting Darren Cross of Cross Technological Enterprises and finding out he’s a 9 ft tall red skinned monster. In the previous part, Scott Lang was trying to find a Dr Sondheim, the only doctor who could save his daughter Cassie. To help Dr Sondheim, Scott breaks into the lab or Dr Henry (Yellowjacket) Pym and finds his old Ant Man apparatus and costume and steals them to hunt down the people who have taken Dr Sondheim.

Right, back to the comic in hand. Quickly overpowered by the huge Darren Cross, Ant Man is captured, his size changing rig confiscated and himself placed in a cell. Cross later visits him and we get something of an origin story. Cross was a driven businessman who learned he had a heart condition and his doctor at the time told him to either take it easy or better yet to retire. Rather than take this advice, Cross orders his lab people to come up with a way for him to carry on at the same pace. So the solution is found to be a nuclear pacemaker. 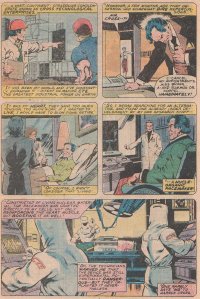 Yup that’s right rather than retire or be more health conscious, Cross agrees to having a Nucle-Organic pacemaker fitted. This causes the mutation as well as burning out his heart, forcing him to get new ones ‘donated’ to him. The only problem is that it takes so long to operate, that Cross’ chest has healed up by the time the new heart is ready, which is why he needs Dr Sondheim. He tells Ant Man that he will be one of the next donors before leaving him in his cell. When alone, Ant Man pulls a spare antenna out of his boot. He didn’t have it there as a back-up, he just was fairly confident he’d break one or two by accident. Reattaching it and asking some ants to get his size changing thing back, Ant Man escapes and confronts Cross. 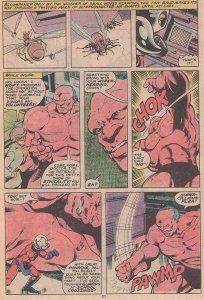 By this point, Cross has had heart surgery and feels he is more than capable of handing Ant Man, who does alright in the fight and gets some great hits in, using the size changing powers tactically, but halfway through the fight, Cross collapses, suffering what looks like a heart attack. It seems that Dr Sondheim saw no other way out that to lie to Cross and put the worn out heart back.  Sondheim is cut up over indirectly murdering Cross, but Ant Man takes her to her original hospital so that she can save Cassie’s life. 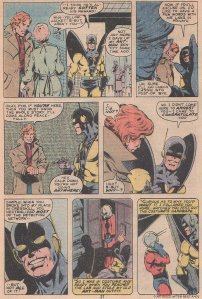 At the hospital, Scott is relieved that Cassie will be ok and when Yellowjacket shows up, Scott is fully prepared to take his medicine and offers himself up to be arrested with Pym pressing charges for the theft. Yellowjacket has no intention of doing so, impressed with Scott’s turn as Ant Man and his motives for doing so and offers him the franchise, the world could always use another hero.

Notes: I liked this story. It worked very well as a super hero origin, with all the tropes that brings, personal stakes, over confident villain, plot twists and a sort of happy ending that could be spun off to newer adventures. Most of all I enjoyed Scott Lang as a character. He was a guy who made mistakes, but was trying to do the right thing, keep out of trouble and just be a dad. Then his daughter was sick, then the doctor who could save her was kidnapped. For his daughter, he did something he shouldn’t have, he was desperate. I get that, I’m a law abiding type myself, but for my son, if pushed to do something desperate, I wouldn’t think twice, it’s my son. More than guilt over the death of a loved one, or any of the other super hero motives, this is one I can truly understand. And when she was safe, he put his hands up and was fully prepared to go away for his crimes. While I have a long held fondness for Hank Pym in his other guises, Scott Lang is far and away the best Ant Man. The art is great, but with the Byrne/Layton team that’s no real suprises.

Next Time: In space no one can hear “It’s Clobberin’ Time!”