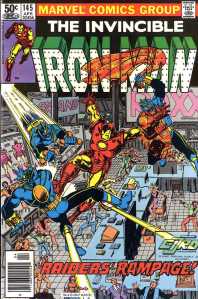 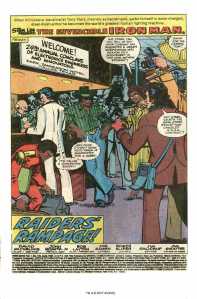 Synopsis: Iron Man 145 was written by David Michelinie with art by John Romita Jnr and Bob Layton and opens with Tony (Iron Man) Stark and James (Rhodey) Rhodes at the check in desk of a technology convention being held in Dallas, Texas. Rhodey cuts out to try and meet some women and Tony heads for the convention, where he is bothered by Edwin Cord, of the Cord Conglomerate, Burke, an agent of S.H.I.E.L.D. and Augustine Cross of Cross Technological, who is quickly rushed away by Jonas Hale of Roxxon Oil. 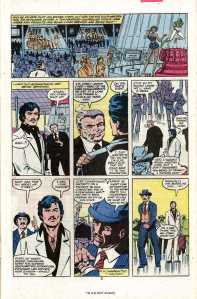 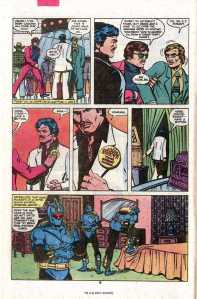 As Stark checks in on the Stark International Booth, seeing Scott (Ant Man) Lang not quite taking the job seriously, the men in armoured costumes calling themselves Raiders, attack the convention.  Really it’s an attack against Stark, who gets into his Iron Man armour and takes one the Raiders, who while not able to defeat him, do enough damage to Stark property to make Iron Man look foolish as they escape, which in the aftermath, several of the people he spoke to earlier remind him of for their own reasons. 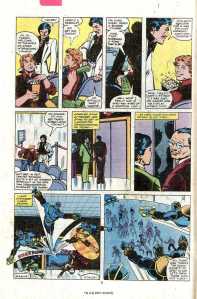 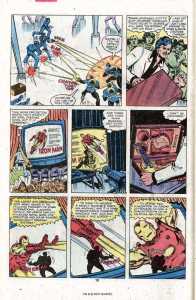 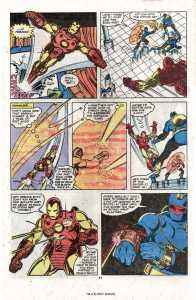 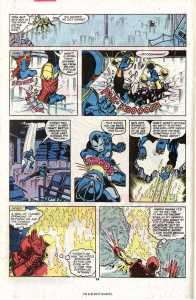 Feeling down Tony tries to call his girlfriend Bethany Cabe, who shrugs him off, having her own issues to deal with and we then learn from another scene that Edwin Cord is behind the Raiders and wants to use their embarrassment of Iron Man as a selling point. 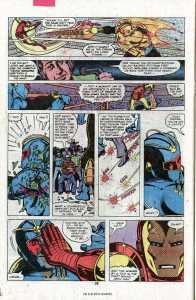 The next day, the Raiders return and this time Iron Man is more ready for them, changing the location of the fight to prevent collateral damage, or civilian injuries. The fight is moved to the Dallas Civic Centre and the armoured combatants interrupt a boxing match, this match being commentated on by legendary broadcaster Howard Cossell and one of the all time boxing greats, Mohammed Ali (Yup it’s unexpected guest star time) and the rest of the issue is in the ring.  More powerful and more experienced, Iron Man demolishes two of the Raiders and gets the third up against the ropes with  a repulsor aimed at his face, the third Raider as you can imagine surrenders. 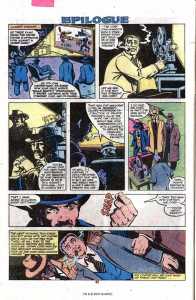 The whole thing it seems was a sales pitch by Edwin Cord to Burke from S.H.I.E.L.D. who while impressed with the capabilities of the Raiders, arrests Cord for his reckless endangerment of the public.

Notes: I liked this issue, Bob Layton adds quality lines to JR Jnr, giving the art a polished look. Michelinie has his Tony Stark voice well in hand and his non-super dialogue is entertaining and well paced. The fight is a standard fighty-McFightenstein (copyright Andrew Leyland) but plays visually to the strengths of both sides. Including Cord, Cross, Roxxon and S.H.I.E.L.D. as well as Scott Lang adds a great Marvel Universe depth to this story and while the guests from the real world date this story, is anything not made better with Ali?

Overall I enjoy this era of Iron Man and am glad to see it going from strength to strength in the 1980s.

Next Time: Gargoyles, demons and vampires…Oh My 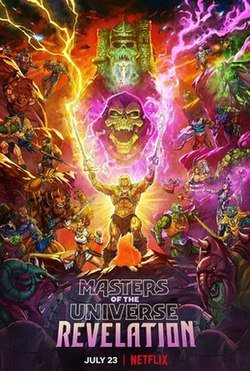