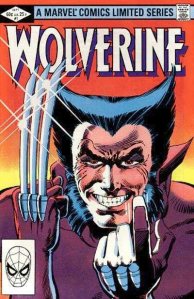 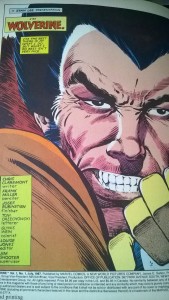 Synopsis: Wolverine 1 was written by Chris Claremont with art by Frank Miller and Josef Rubenstein and opens with Wolverine climbing a mountain and killing a bear driven mad by an illegal poisoned arrow. Wolverine’s interest in this, is that under the poisons influence, this bear has killed seven men, three women and five kids. Wolverine finishes the bear with his claws after a fierce fight and the goes back to town to find the man responsible for the arrow and off panel, gives him a good kicking. Now we get to the plot. 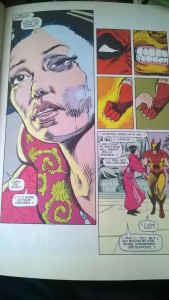 Wolverine is in love with Mariko Yashida, a Japanese woman from a noble and prestigious family. She loves him back, but has recently cut all ties. After several attempts fail, he flies to Japan.  After meeting with a friend in immigration called Asano, Wolverine gets into costume and high-tails to the ancestral stronghold of Clan Yashida. He sneaks in and finds Mariko, praying in the garden, he’s aware she’s been used as a pawn by her father and married off to some useful individual, when Wolverine talks to her, she begs him to leave, then sees the black eye and bruises on her face. As most people would, he wants to take this up with her husband. He is about to kill him, when Mariko begs him not to and to leave Japan. He rankles against this, but he can deny her nothing and is on his way home. 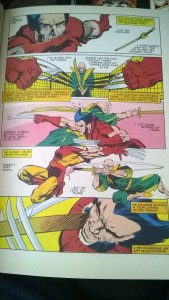 Just outside, he is attacked by throwing stars, laced with poison, he awakes to face Mariko’s father, Lord Shingen. Shingen goads Wolverine into a fight with wooden swords and being far more skilled strikes Wolverine to cause the maximum amount of pain, along with some cheating, it causes Wolverine to unsheathe his claws and dishonour himself before the woman he loves, just as Shingen planned, then the poisoned Wolverine is beaten by Shingen, knocked out, redressed and dumped in the alley.

As he wakes, a Japanese woman lifts him up after saving him from some nationalist thugs and claims Wolverine as her own.

Notes: This was the first really successful attempt to spin off a particular X-Man into his own book. Claremont was a fan favourite and Frank Miller was in the midst of a classic Daredevil run so when the two worked this story out together, there was no way it wasn’t going to be published, or when published be a success. Taking the Claremont-ian elements of Wolverine’s animal nature and his more noble aspirations as well as Miller’s fascination with Japanese culture past and present. The art is great, the fight scenes ballet like and it all serves Miller’s strengths of the time and you get why this comic has the acclaim it has.

But damn is it wordy. The constant, and let me repeat this part of the show CONSTANT, internal monologue does pull you from the story repeatedly. For a man of few words, he narrates his own story quite a bit, rather than let the art and the story telling do that.

But it was an enjoyable issue, one that looks at a time before Wolverine became over exposed and before the X-Men line was diluted and in itself is a decent story about a man trying to do what he thinks is right, no matter the odds, or the opinions of others.

Next Time: Robots, mechanics and the idol o’millions.

One thought on “June 1982: Wolverine 1- What he doesn’t isn’t very nice? What excessive internal monologues?”