N is for Nova 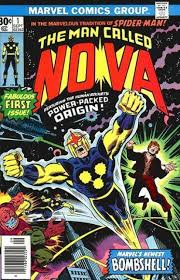 In 1962 Marvel (and comics in general) struck gold with the creation of Spider-Man. It was neither his powers nor the striking visuals of Steve Ditko that assured this staying power. The thing that stuck was the young everyman element. Peter Parker was struggling with money, girls and his identity long before he acquired the mask and that resonated with a primarily young audience. Spider-Man was relatable and the readership could identify with his struggles. That still works now, with Marvel’s current Ms Marvel Kamala Khan, before that Image’s Invincible, before that DC’s Kyle Rayner as Green Lantern, before that Marvel’s Darkhawk, before that DC’s Firestorm the Nuclear man. But before those, back in the year I was born there was the Man called Nova.

In 1976 Rich Ryder was the ideal everyman in that he was in every way he could be average. He was neither an academic genius like Spider-Man, nor a basketball star like one half of Firestorm, he lived very much in the middle of the pack. He had friends, but not that many, a girl-next door love interest and came from an everyday family. Given the powers of Xandarian Nova Centurion by a dying Rhomann Dey, he found himself able to fly, possessed great strength and was very durable, if not impervious to harm. He  was a novice hero, caught between the responsibility of that role and the exuberance of being able to fly. He had a storied 25 issue career, facing such villains as Condor, Powerhouse, Diamondhead, Megaman, the Corruptor and the Sphinx. He then went into space to war alongside the survivors of Xandar against the Skrulls only to return to Earth, without the powers.

This is what made Nova interesting to me, most of the other heroes I mentioned have at one time considered quitting or giving up their powers, but Rich had his taken away and then was abandoned. After missing much of his last year in school, he had no college to go to and few prospects and starting his working life at the bottom. Imagine that, a year ago you were battling alongside Thor, 3 weeks ago you were in Space and today you’re flipping burgers for minimum wage. Then New Warriors happened and Rich was thrown off a roof by Night Thrasher and his powers were revealed to be dormant and Nova was back. Then after a good 38 or 39 issues of New Warriors, his powers were taken away again. He was recruited as part of the newly formed Nova Corps and returned with his powers. Again after a while his powers were removed and then restored.

Then Nova fell to Marvel’s wayside until the revamp of Marvel’s space properties by Dan Abnett and Andy Lanning in their Annihilation series. There Nova went from everyman, to sole survivor and from deciding were to go to dinner to deciding the fate of worlds as the possessor of the full powers of the entire Nova corps. Seemingly after this third stage of his career he died during the swan song of Abnett and Lanning’s sagas The Thanos Imperative, but he’s since been seen back. But taking that out of it we had a complete arc over 30 years, from novice hero, to bitter ex-hero to hero again, to space cop, to survivor, to general to giving his life to save a universe. There’s a new Nova now, he’s alright and has had some really good stories, but Rich Rider was my Nova and that’s why he’s here.

N is for New Frontier 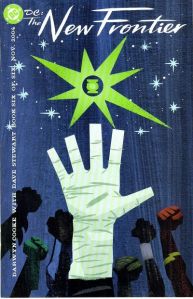 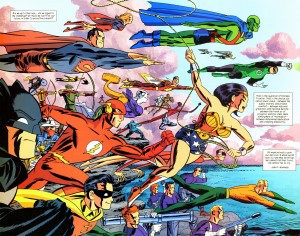 Published in 2004, this 6 part series was the work of the late Darwyn Cooke and was a loving examination of the pre-silver age period between late 1945 and the full bloom of the silver age in 1960.

Featuring a large cast including Superman, Batman, Wonder Woman, Robin, J’Onn J’Onzz, Hal Jordan, the Challengers of the Unknown, King Faraday, the Flash and many more. With a simple but timeless art style and well scripted storytelling, this was a fascinating look at an era that no one really thinks about.

This elseworlds tale charts the birth of the silver age and does in in real time with the Flash arriving in 1956, but the Justice League appearing in 1960. It’s nostalgic, but not slavish to the past. It’s an old school story, but it’s not outdated. I enjoyed this series and my non-comic fan wife also enjoyed it when she read it a few years after it’s release. The art does give several moments worth notiing, such as J’Onn changing shape as he watches TV and the fact that Wonder Woman is amazonian in size, dwarfing Superman who looks very golden age, but with a few extra years on top. This story is full of little moments and easter eggs like that, yet is a satisfying story in and of itself and when it was adapted into an animated straight to DVD film, retained much of it’s substantial charms.

N is for Nostalgia 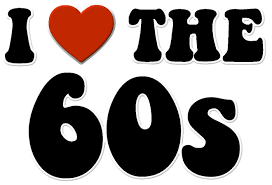 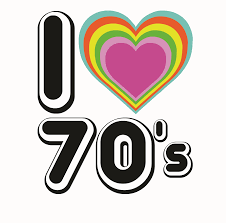 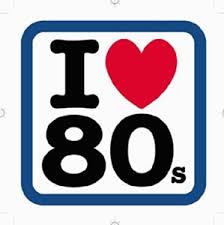 One of the biggest dangers to comics doesn’t derive from a lack of accessibility, rising costs or even competition from other media (though all of these things are true) it’s the abuse of nostagia.

Here’s a test. Write a list of long standing super hero characters that are promoted, popular and have interesting things done with them in mainstream super hero comics.

Ok, now cross off any characters from over 70 years ago.

Just out of curiosity, how many are left?

The characters that get the hot new creative teams, relaunches and films are mostly the characters that were big in the silver age, with the occasional bronze age character. There are predominantly white males and come from a time of less enlightened political and social sensibilities, but this well is gone back to time and time again to serve the needs of obstensibly science fiction stories. With Marvel in particular, so beloved and important was how new and different there were. Look at the first 3 years of Amazing Spider-Man, there about a boy growing up. High school, then college and his part time job, but by the 80’s he was married and a fully fledged adult. Now, look at every single media adaptation. We’re talking 9 films and 7 cartoon series and it’s all going to the early years and nostalgia is a big part of that. Times change, so a lot of the characters change. Some characters have nostalgia as a built in feature such as Captain Marvel (the Shazam one), Captain America and many would argue Superman. They are supposed to be the way they used to be. But we seem to still wanting the stories of all these characters the way they used to be. Up until Waid and Samnee, every Daredevil story needed to be gritty and bleak, because that’s what Frank Miller did. It’s unlikely we’re every going to be rid of Venom and so on.

The best example of this phenomenon is the Fantastic Four. In their 102 issue run Stan the Man Lee and Jack the King Kirby created the architecture of the Marvel Universe. That by the way was FIFTY YEARS AGO!!!

The reason this comic about exploration and futurism was considered the ‘world’s greatest comic magazine’ was how fresh and new it was, new concepts and ideas wrapped in high stakes epic stories. They re-used characters but most of the time it felt fresh and interesting. But subsequent writers learned the wrong lessons. So we’ve had umpteen Doom stories, more stuff with Annihilus and Diablo. We need new ideas. Wouldn’t it be better to get a new issue an think I wonder what will be in here instead of “Oh joy, another Mole Man story.”

I liked the new generations of heroes, the Sam Alexander Nova, the Kyle Rayner Green Lantern, the Jane Foster Thor and Wally West as the Flash, but we are still getting Rich Ryder, Hal Jordan, Odinson and Barry Allen and that devotion to ‘my stories’ is a bad thing to base a dying industry on. If I wanted to read about the Flash of the 1970’s there are reprints. If you if I wanted to read the kind of stories they did in 60’s FF there are essentials for that. We need new ideas, and new characters and new adventures and I will be honest Internet people, I don’t think I am alone in this. The past is all well and good, but it is the future we are all going to be living in.

N is for New Warriors 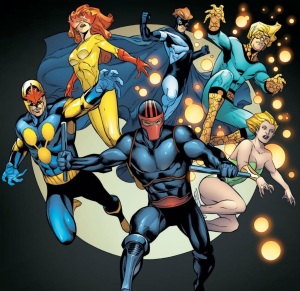 The Joy of Comics – Gazing into the Longbox 2 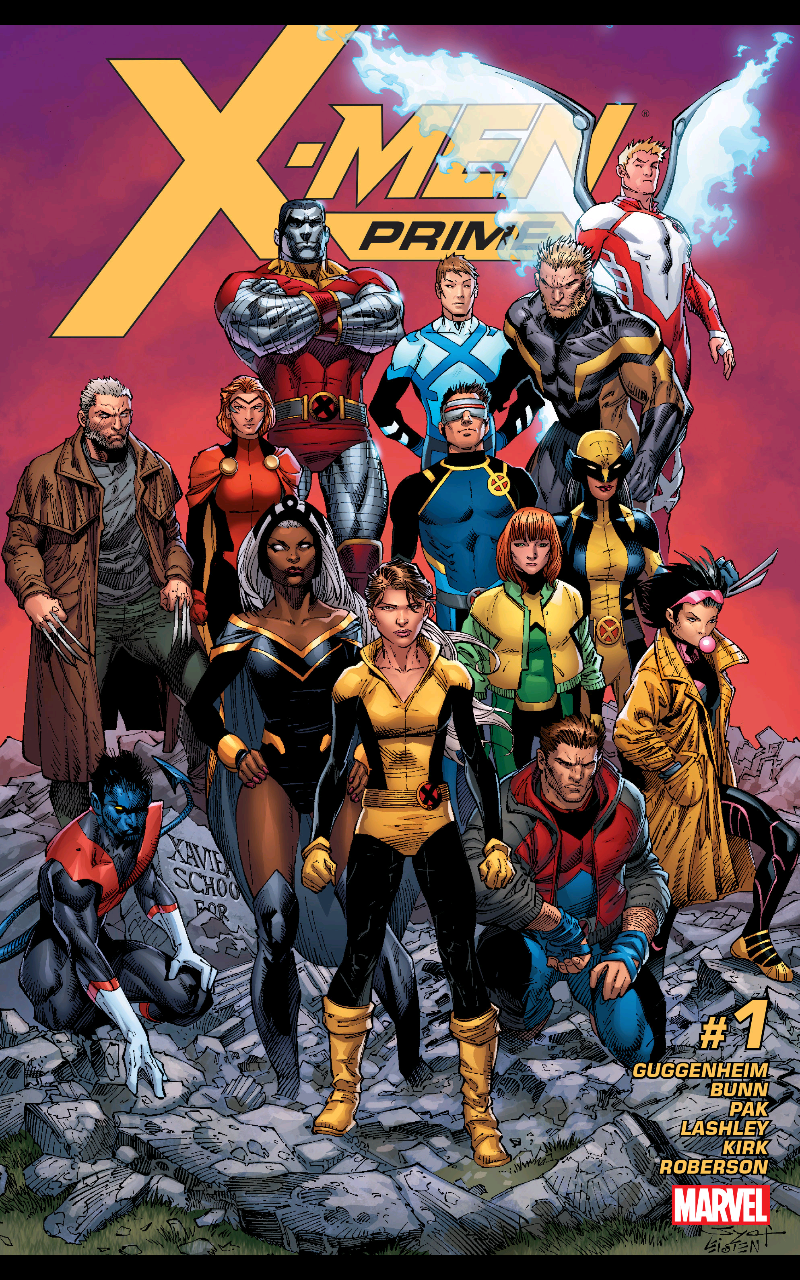