Spider-Man 2099 was the first character in the 2099 line of comics produced by Marvel in the early-mid 90’s. The idea was to show a futuristic version of current characters in a post-government corporate run future. We had different versions of the X-Men, Doom, Hulk, Fantastic Four, Ghost Rider, Punisher and Thor, plus many more, but the one that made the biggest splash was Spider-Man.

Apart from the name and the colours, there wasn’t very much that was the same, gone was the relatable Peter Parker, with his money troubles, good nature and sense of responsibility. This Spider-Man was Miguel O’Hara, an arrogant and entitled department head at one of the biggest corporations in the US. His origin wasn’t an accident that led to tragedy, but the result of corporate sabotage after his being drugged by his boss.

I liked the character immediately, with his Peter David quips and his reluctance to be Spider-Man at all and his supporting cast, including his Machiavellian boss, his artsy brother, long suffering girl-friend, crazy mother and Marilyn Munroe themed artificial intelligence that ran his house. It was the comic that fleshed out the world of corporate government, Thor worshippers and advanced science. This was a very 90’s look at a world that seems a lot closer than 81 years away.

The title and the character were fun, snarky fun, but fun nonetheless. Though it tailed off near the end, the series was high quality and certainly the highlight of the 2099 line. When that line of comics died out, he didn’t just fade into obscurity, he jumped to the Exiles title and became and member of that cast. He also made it into the Dan Slott era of Spider-Man comics, ending up with his own title, him being stuck in the modern time, unable to get back.

It’s quite funny to me, that often my favourite Spider-Man comics and characters aren’t actually Peter Parker. I was such a fan of the character that my left shoulder has a current reminder of him.

He’s a character that shows you that a name came become something else and that even dead end continuity can still produce fun stuff that can entertain for years after you think it can.

S is for Saga 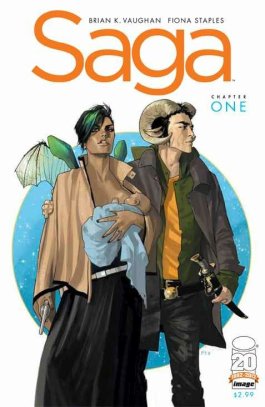 Saga is the story of Hazel, a little girl born in an era of war betwen the winged inhabitants of Landfall and the horned denizens of Wreath. She is the child of Alana and Marko, each from one of the different sides in the war and because they fell in love and had a child, they are targetting by both sides in the war. She spends her life on the run and Saga is very much her story.. Despite that, this is a massive cast of characters spread over many years and it creates a massive tale that spans worlds, years and many different kinds of weird and amazing.

There is nothing else like this, no TV show matches it’s content, no other comic it’s scale. It’s fun space opera one minute, then grim view of war and it’s cost in another. Alana and Marko aren’t heroic figures, but people in shitty situations, doing their best and not always making the right choices. Because they are not larger than life, they are more relatable and you root for them more and more. Brian K Vaughn was a writer I knew of, but didn’t love and I hadn’t heard of Fiona Stapes, but together there’s an alchemy that creates something truly wonderful.

There’s drama, action and no small amount of weirdness in a title that I cannot recommend enough. In a market crammed with long running long underwear characters, this is a refreshing bit of awesome. It’s well worth checking out.

S is for Sex & Romance

It would be fair to admit that sex and romance are important parts of the human experience. Love and marriage and all the places between are present in most forms of fiction and the medium it takes place in, comics are no different. Except in one way. After the panic over content of comics in the 1950’s the  comics code authority placed substantial limits on what could and couldn’t be in a comic. Romance then became a very strange thing and sex as a concept disappeared. Now, lets be clear, showing any type of explicit sexual content in a medium that was originally aimed at children would be wrong, but with a decrease in any kind of violence and an increase in romantic stories, what was left was a bizarre thing at best.

Marriage was mentioned constantly, but you almost never saw the romantic leads kissing, People loved from afar, but you never saw that as anything beyond words. I mean it was full of subtext if you really wanted to, with wanting to ‘marry’ someone as euphenisms for whatever you wanted it to be, but it was all so very wholesome.

That said as time wore on and storytelling changed, you began to see another surge in relationships and a variety of them. Whatever Black Canary and Green Arrow had going on was nothing like Mr Fantastic and the Invisible Girl. The tumultuous relationship of Ant Man and the Wasp, was nothing like the leave it to beaver-esque Flash and Iris. Chris Claremont’s epic run on Uncanny X-Men was full of sex, romance, subtext and soap-opera levels of will they won’t they.

Eventually the comics code relaxed quite a bit and also with the rise of the direct market, more adult oriented content started being made such as Watchmen, which very much had sexual content, but no nudity. Amongst the code approved stuff, Superman was in a porn-film. Yeah, remember that? During John Byrne’s short Action Comics run, Superman was mind-controlled into doing a porno with Big Barda. Code approved comic! By this point the floodgates were open and relationships became a lot more explicit, without showing anything explicit. Clothes on the bedroom floor tell the story as effectively as anything else, a knowing wink and a closed door do the same job.

As much as the action was important and the ongoing battle between good and evil was informative, it was the relationships that made a suprising impact. Cyclops and Marvel Girl’s story was a bizarre epic of love, family parenthood and the stuff that gets in the way of it. It was the romances that defined eras and characters more than the more adventurous moments, just like real life. I couldn’t relate to having optic blasts like Cyclops, but I could relate to my social life being a disaster. I couldn’t relate to the cosmic elements of Mr Fantastic’s life, but I could relate to being a husband and father. I can’t relate to being Superman, but I can relate to loving an awesome wife. The romance component of super hero comics isn’t to be discounted.

Okay, quick diatribe, while I am glad to see the breadth of relationship types, I cannot stand the emphasis on Joker and Harley Quinn. There’s no iteration of that pair that isn’t horrific. I keep seeing the “I want a love like Joker and Harley” meme and it makes me worry for people who see that relationship as something to be aspired to. 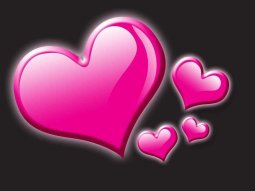 S is for Spider-Ham