U is for Ultron 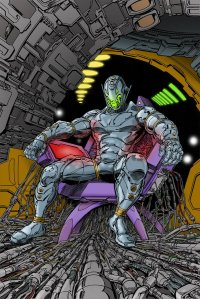 Ultron first appeared as Ultron 5 in Avengers 54 back in July 1968, written by Roy Thomas and pencilled by John Buscema. Created by Dr, Hank Pym (he of the many identities)  he is a artificial intelligence in a synthetic body. As close to a person as possible without being flesh he has something of an intense oedipal relationship with Hank. He wants to kill his ‘father’ probably to be followed by every other human being on the planet. He is a great villain for many reasons, the personal nature of his goals, the idea that we are a threat to him as he is to others and how the worse parts of his personality are more human-like than machine-like. The best part of his villainy is this, he will win.

He doesn’t age, he isn’t limited by one physical body. He can adapt, evolve and upgrade and more than anything else, he won’t stop. His goal is extinction and he won’t stop aiming for it. No other Avengers villain has that level of threat. Galactus (admittedly more of a FF villain) only kills because of his hunger, if that was sated, he would be okay. Kang is simply a man and will self-sabotage as much as be beaten, much like Thanos. Other villains can be reasoned with or can be stopped. Ultron suffers none of that. Through him, other characters have been created or changed and he will always be a threat that can be used, either in comics, in cartoons or in the movies. You can never be sure he’s gone. Now that’s a villain.

U is for Uncanny X-Men 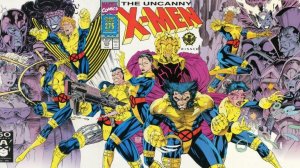 The Uncanny X-Men is a title about a private school full of teenage super-heroes battling villains to protect a world that barely knows they are there.

The Uncanny X-Men is a title about an international and intergenerational team of super-heroes battling threats ranging from supervillains to universe level threats. Fighting to save a world that had started to hate them.

The Uncanny X-Men is a title about a group of outlaws, thought dead by most, battling their enemies in a world that is actively trying to kill them.

The Uncanny X-Men is a title about super-heroes living in a mansion and battling for a dream of utopian human/mutant relations that seems to be further and further away from reality.

The Uncanny X-Men is a title about a militant pro-mutant group fighting violently for an increasingly oppressed mutant minority.

Which one is true?  At one point each of them as the title changed and evolved over its 50+ years in publication.

Uncanny X-Men started as simply X-Men in 1963 within weeks of the Avengers and sadly is the lesser of the titles created by the team of Stan Lee and Jack Kirby. The sad truth is when it started and for much of the first 66 issues it was …..okay. Now I have a fondness for it because a reprint of X-Men 1 was the first comic I believe I ever read and the X-Men have been a staple of my reading habit for many years. But let’s call a spade a spade, it initially wasn’t very good. Next to classics like Fantastic Four, Spider-Man and Journey into Mystery/Thor it doesn’t hold up as well. New regular writers like Roy Thomas and art from luminaries like Jim Steranko and Neal Adams weren’t enough to save it and after 66 issues, it ended. For issues 67-93 it worked as a reprint title and only had older stories that didn’t really do well. Then Len Wein and Dave Cockrum came along and restarted the whole thing. Very soon after came Chris Claremont. Under his tenure as writer and architect of the whole thing, Claremont turned a failing comic into an internationally famous comic franchise. Everything that made the Uncanny X-Men work and work well had Claremont’s DNA all over it. Even after he left (forced out….) the title went from strength to strength. Today with movies, tv shows, cartoons and a minimum of 8 ongoing titles, it would be fair to say that this little comic that could was a success. I mean it had been everything else, it was kinda inevitable.

U is for Uniforms 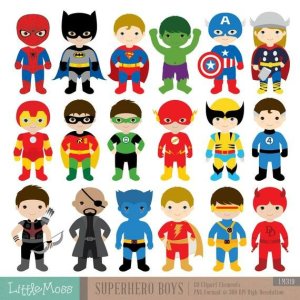 There are several tropes and themes that come with the super-hero genre. There’s the secret identity, the specific city being the heroes home, the triangle made for two and super-powers, but honestly the most identifiable of all of these is the specialist outfit, costume or uniform. The Spirit’s blue suit and domino mask, the Batman’s cape and cowl, Superman’s trunks over tights (a staple of the circus strongmen that inspired the look and the luchadore wrestlers who wear them now) and cloak, Spider-Man’s all in one costume. They are iconic, based on the medium being visual by nature, they are often the things we remember most. Often in the past, it was done as the nude body with colour and the occasional seam, more modern artists try to make it look more like actual cloth, something that can exist, but the distance between that drawn version and what would appear on screen was quite substantial. Either the costumes would look stupid, or they would not look like those on the page, X-Men is one of the worst examples of that. As time goes on the comic book characters on screen have looked more like the page, but the page has also made efforts to make the page look more like real things. Perhaps the super-hero costume doesn’t make sense, but then again, the entire genre doesn’t. But if it were gone, to be honest, we’d miss them. These characters are larger than life and their costumes just look the part. They look silly in real life, but who wouldn’t want to be the kind of person that could pull that look off? 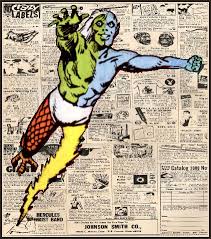