Plot: – Crossfire part 1 opens with Peter (still in the Scarlet Spider costume) visiting Det. Raven over the murder charge that he is facing. Raven’s face bears the mark of Kaine, present on the bodies of Doctor Octopus, the Grim Hunter and Raven’s former partner, the root of Raven’s vendetta against Peter. Now he realises he has the wrong man and wants to exonerate the innocent Peter, even though it’s Ben currently in a jail cell. Once Peter knows this, he leaves also vowing to exonerate himself.

He is being watched by Dr. Judas Traveller, who has become obsessed with these Spider based heroes and their connection to his overall studies into the nature of evil. It vaguely connects to the redemption of the whole world and the end of his long and tiring quest. He is questioned by Scrier as to whether his planned course of action is correct, knowing the toll it may take on Peter, but Traveller is determined to go on risking Peter’s life for the greater good.

Peter arrives at home to a distraught Mary Jane who feels abandoned and frightened. One thing she is concerned about is the possibility of the baby being born deformed because of the radioactive nature of Peter’s blood. Just as an argument is about to escalate, Mary Jane sleeps as Judas Traveller appears before Peter.

Of course they fight, at least until Traveller has had enough and paralyses Peter with a wave of his hand. He then tortures him with Traveller’s own pain, then runs him through with a sword and then finally goes for his soul, offering Aunt May’s soul and her return to life in exchange for one random person’s life. Peter rejects this offer, realising that almost all of this has been illusory and lays a heavy beating on Traveller. Traveller uses his powers to envelope them both in smoke and move them in space and time to show him a ruined New York and tells Peter that this ruination is all down to him.

Notes: After appearing in the story that started the Clone Saga, we get a more prominent appearance from Dr. Judas Traveller. We also get a different view of him. He is shown here as more sympathetic, actually rooting for Peter to succeed, but his agenda takes precedence.

Several things that are said allude to the idea that he is some kind of fallen angel and he is trying to understand evil as part of his own attempt at redemption and a return home. Maybe it’s being hinted that he is Lucifer (no, not the one that crippled Professor X) but it’s left vague enough to allow your own interpretation and that adds some depth to this character that was missing from his earlier appearances. This is something of a worn trope by this point, the idea of testing the hero’s morality to prove whether or not he is the hero he is purported to be. One thing that the story doesn’t do is make not of Peter’s choice. He rejects the bargain, but is that because he knows that it isn’t what May would want or because he recognises how much of Traveller’s power isn’t real. That isn’t made clear and that’s weird for a character as moral as Spider-Man in the broad strokes.

The moments with Peter and MJ are well handled with the unguarded words and hurt feelings that happen in arguments that aren’t so scripted. The worry over an unborn child is a situation fraught with emotion and that does come across. The problem is that none of this is given room to breathe, compounded by the fight being interrupted by Traveller. The thing is, he leaves MJ asleep at home, alone. Considering one of the reasons for the argument was her feeling abandoned, I don’t think this is going to help with that.

The story ends with some time travel shenanigans to show Peter a dystopian future that can be laid at his feet and that’s where the story leaves us, leaving us with more questions than answers. Questions like, is this another illusion? What is Traveller trying to understand from Peter? And why is Peter still wearing Ben’s outfit? If he has had time to change it, which I hope so because he’s had it on for ages and he’s doing a lot of hard work in it, why isn’t he wearing his own costume? Hopefully we have answers coming.

Verdict: Writing 3 out of 5 – More information on Traveller is a good thing and the emotional stakes are exactly where we want them to be, but some parts of this feel rushed and that is a loss against the emotional gains we have with the rest of the story.

Art: 4 out of 5 – Usually when there’s multiple inkers, the art suffers, but Milgrom and Rubenstein are old pros and fit well with Mahlstedt’s inks and let Bagley’s pencils shine. The action is well done, the storytelling is good and the whole issue looks great. The Amazing issues have been a consistent highlight as Bagley shows that is one of the more under-rated Spider-artists of this era, overshadowed by Larsen and MacFarlane, he shows he’s a better artist that Larsen and a better grasp of the genre than MacFarlane and this issues benefits from it.

Overall 7 out of 10 – A promising but uneven issue that shines mostly due to the art and the promise of a better part 2.

Next Time: The world is bigger than just the X-Men, what is everyone else doing in the Age of Apocalypse? 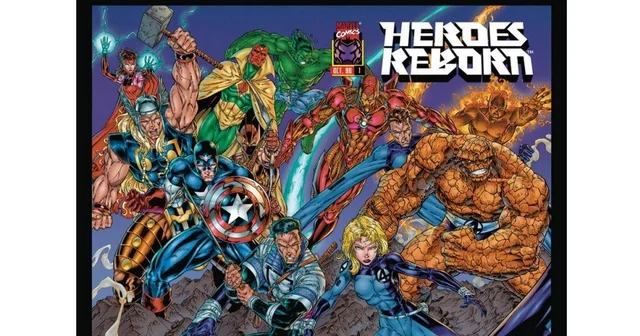