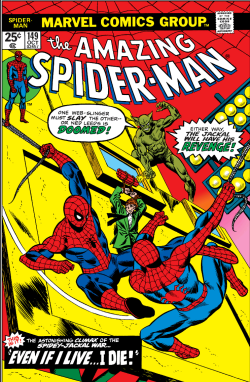 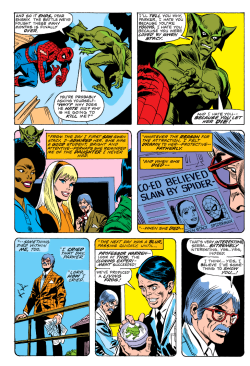 Plot: Over the unconscious form of the Tarantula, Spider-Man is shocked to discover that the Jackal is actually Miles Warren, who using cell samples taken during class had cloned Gwen Stacy, Spider-Man’s deceased girlfriend. Spider-Man falls after being slashed by the Jackal’s drug-laced claws. Spidey wakes up strapped to a table and the Jackal starts the villain-splaining. He blames Peter for Gwen’s death (to be fair, so does Peter since him trying to save her from a fall off a bridge courtesy of the Green Goblin was what broke her neck) and when he seemed to crack human cloning, recreated Gwen, we can just revel in the creepiness here for a minute or two. In the midst of this, Miles had accidentally killed his lab assistant Anthony Serba, thus forming some kind of cognitive dissonance which caused the creation of the Jackal identity. He finished his cloning of Gwen and then with the flashback over, tells Peter to meet him at Shea Stadium to rescue Gwen and have their final confrontation. 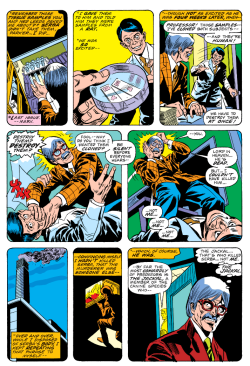 At the Daily Bugle, Robbie Robertson, J.Jonah Jameson and Mary Jane Watson are trying to comfort Betty Leeds who is frantic about the disappearance of Ned Leeds, who is also currently with the Jackal. This isn’t helped by Peter (now in his regular clothes) who tells everyone that he hasn’t seen Ned or Gwen, but promises to get them.

Midnight at Shea Stadium, Spider-Man arrives and is quickly jabbed by Jackal with a syringe. He passes out and awakes to find another Spider-Man lying there. The original and as Jackal explains, a clone. They try to save Ned from a bomb which Jackal tells them that only the original can diffuse. They fight briefly and then make peace. Gwen attacks the Jackal, who is forced to realise that he is Miles Warren, he is a killer and he saves Ned, dying in the process. 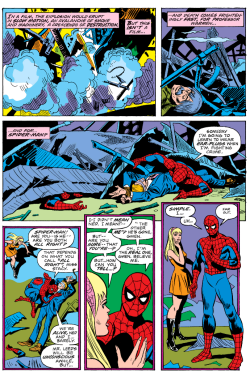 The resulting explosion also kills the clone of Spider-Man, but since the clone shares all of the same memories as the original Gwen points out, how does Spider-Man know which one he is? The next day, Peter and Gwen meet up at original Gwen’s grave and the two of them part, both realising it’s for the best. Then Pete goes home and sees Mary Jane there and the issue ends with a NSFW ending implied.

Notes: This would be an 8 part event now, with so much happening. This was a hell of a finale. Conway brings the whole clone/Gwen/Jackal story to its conclusion in a satisfying and action-packed story. It’s so densely packed that the Spidey vs Spidey fight that dominates people’s memories of this storyline is only 21 panels long.

This has all the hallmarks of vintage Amazing Spider-Man, snappy dialogue, Peter being a dick to people and some great character work alongside high octane action.

This also has Ross Andru and Mike Esposito doing some excellent work, everyone is on model. The action is intense and all the faces are expressive and distinct. This is beautiful work, married to a great story, with a wonderful twist of Peter not knowing for a second whether or not he is himself. More on that story later.

Overall 8 out of 10: A great single issue that works better as part of a larger story.