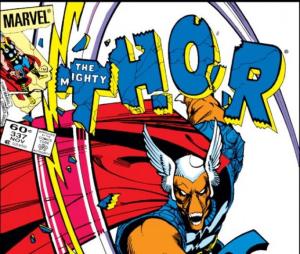 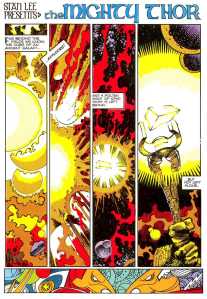 Synopsis: Thor 337 was written and drawn by Walt Simonson and opens with some enormous creature forging something using the core of a star as metal. The only sound effect… DOOM!!!!

In Chicago, Doctor Donald Blake is enjoying a leisurely walk around in the summer, reflecting on his dual nature being both a compassionate human being with a bum leg and an immortal Asgardian with a mighty hammer and a staggering responsibility. He is hit by a frisbee and then immediately taken away by what are revealed to be S.H.I.E.L.D. agents. Blake is taken by Nick Fury, director of S.H.I.E.L.D. who informs him that it’s really Thor they need. The walking stick is whacked and inside the flying car (yup, flying car) Blake becomes Thor. 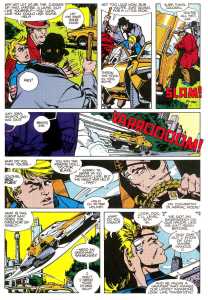 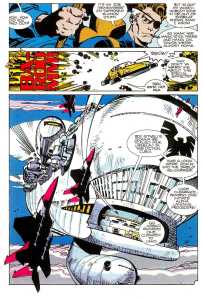 Onboard the helicarrier, agent Jasper Sitwell goes through the problem. A large spaceship, which refuels by extinguishing stars is heading towards Earth. No one can do much, but Thor could. We then get to see Asgard, Sif is bored, Balder is suffering PTSD and Loki meets Lorelei, who he believes will be useful to him later on. 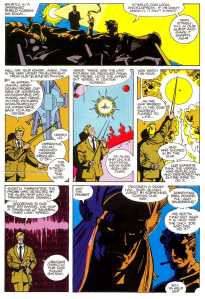 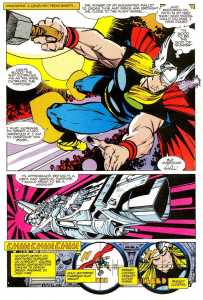 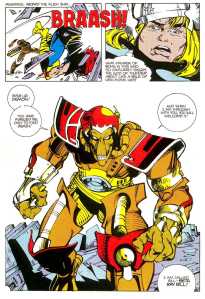 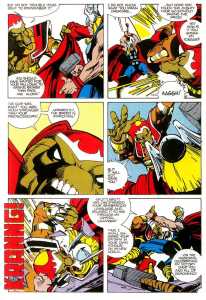 Thor reaches this alien ship and there is a battle, he gets inside and battles the only awake person on the crew, the red clad warrior, scourge of demon kind…Bill. Yup this horse-headed alien is called Bill, Beta Ray Bill. There is a huge fight between these well matched brawlers, Bill is convinced that Thor is one of the beasts that have chased his ship, the Scuttlebutt. There’s something to it, since Bill learned English from them. The fight gets to Earth and Scuttlebutt crashes, Thor drops his hammer Mjolnir and takes longer than 60 seconds to find it, reverting to Don Blake. Bill picks up the walking stick and slams it to the floor and he is transformed, dressed as and wielding the power of Thor. As the weather stars to get crazy, Odin, king of Asgard and Thor’s father summons his son back home, but he takes the guy with the hammer, leaving Don Blake on Earth and taking Beta Ray Bill to Asgard. 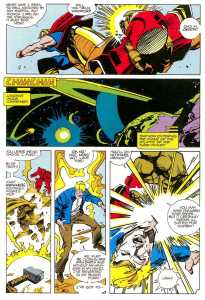 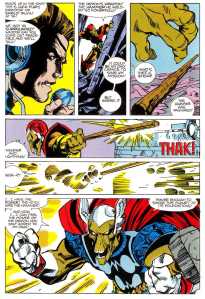 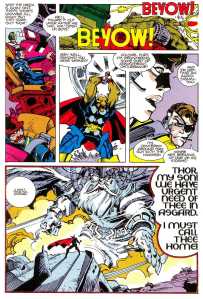 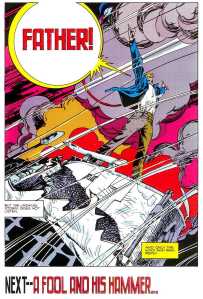 Notes: There have been many creators that have shaped many characters, but some are inexorably linked to a few key moments. Thor is one of them, the first was Jack ‘the King’ Kirby, but the other is almost certainly Walt Simonson.

The art is epic, in that olde worlde sense of the word. It’s huge in scope, powerful and dynamic, above all it’s mythic. Thor looks godlike, powerful and not to be messed with, but is dwarfed by his all-powerful father. Even Beta Ray Bill, who should appear goofy as f**k, has a power and dignity. This issue is brief and powerful and when you are done, you just want to start reading it again.

Thor is best when it is fantasy on the cosmic scale and that is what this is. Kirby wrote the song, but Simonson turned up the volume and added the bass. This is collected in several places and it’s worth seeking out. 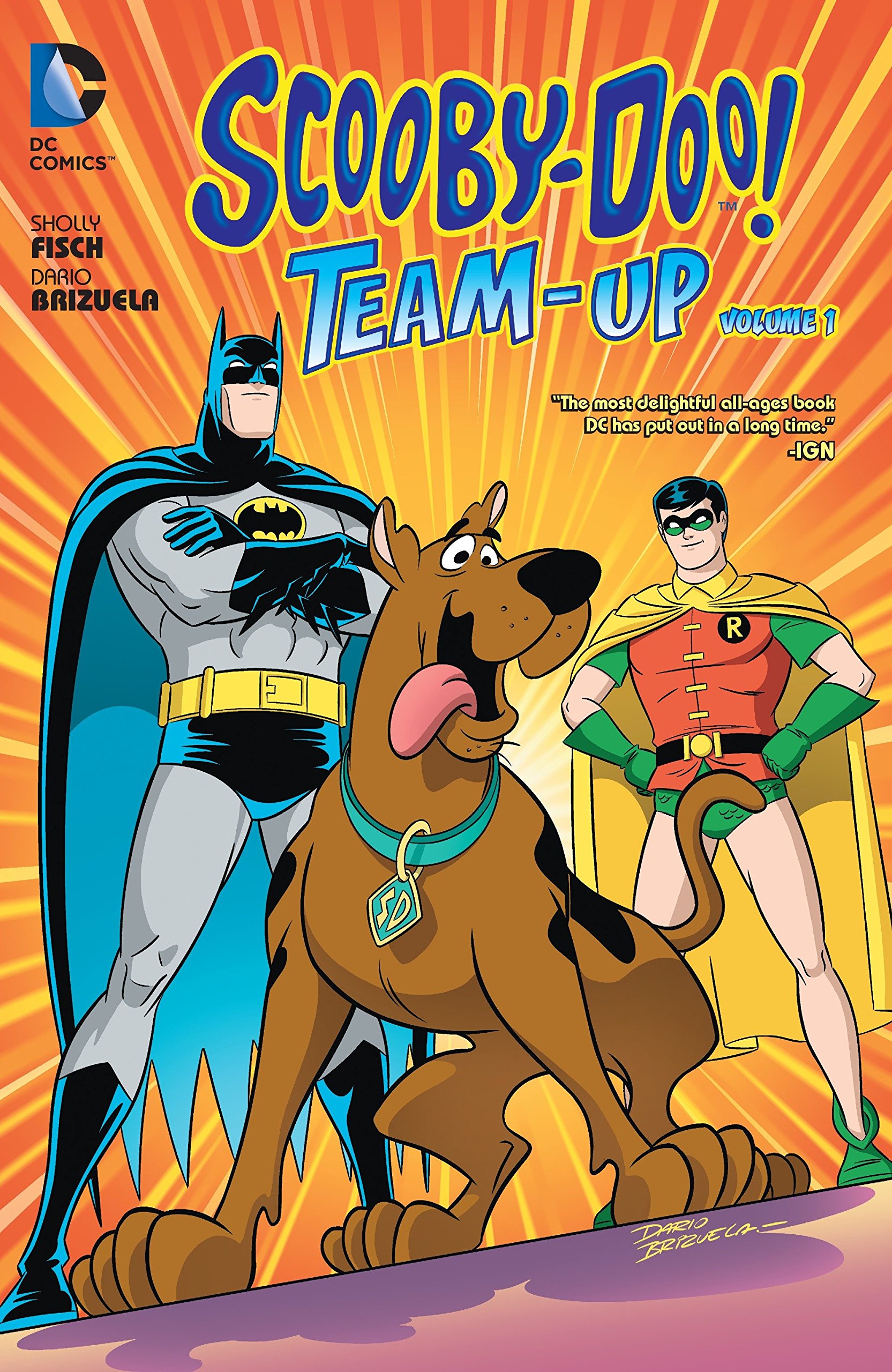 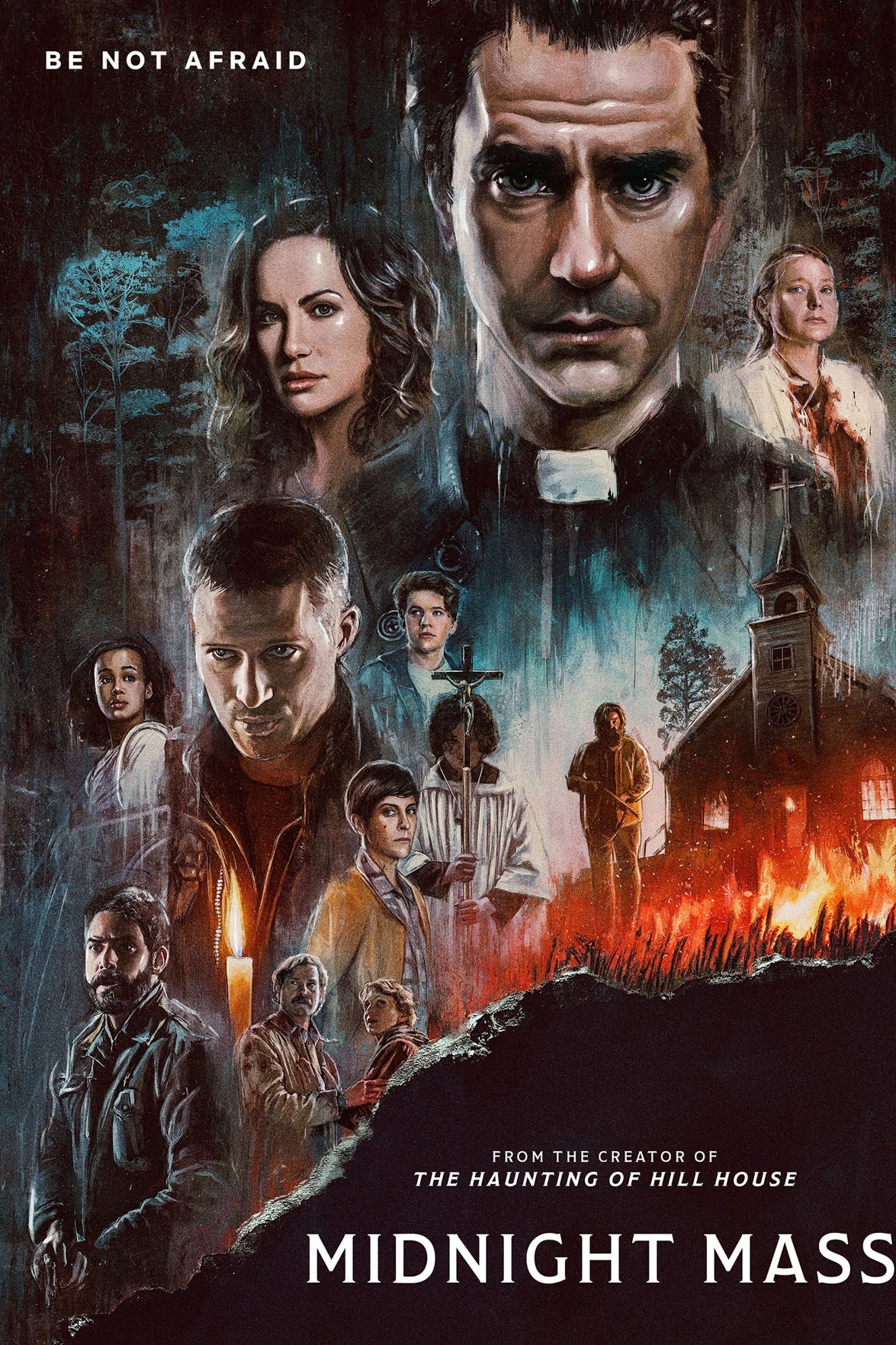