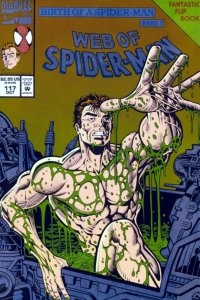 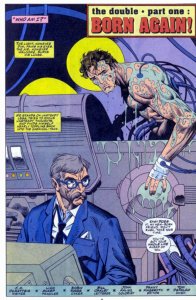 This is the story of a copy, created for the purposes of revenge. A cell is copied, grown at an accelerated rate and developed into a copy of a specific man at a specific age, in this case his early 20’s. He awakes, unable to understand who he is, or even what he. A man is there, a scientist bristlin with barely restrained anger, he offers this new person a robe and violently attacks him when it is not taken. The beatings happen regularly as well as injections. Given no help to understand this, he is traumatised until after weeks have passed, he lashes out and escapes. But we still have yet to answer that first question he has. Who am I? 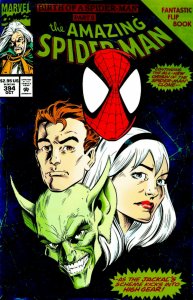 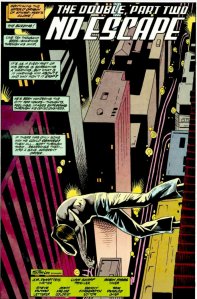 Hiding out above the city streets, the clone is terrified. Terrified of the constant buzzing in his head, his uncanny ability to cling to walls unaided and above all terrified of the green masked creature that has found him. He knows, somehow that this is the Jackal, the one who has hurt him and he lashes out in a frenzy. They battle on a rooftop, but before the clone can end the life of the Jackal a woman stops him. A girl we know as Gwen Stacy, well like him a clone of Gwen. She tells him of his kindness and her love for him. In the same way he knew the Jackal, he knows this girl, he knows he loves her. They kiss and the Jackal uses his drugged claws to bring the clone down. The three of them go back to the Jackal’s lair, he still has a plan, a plan to destroy the original Peter Parker. 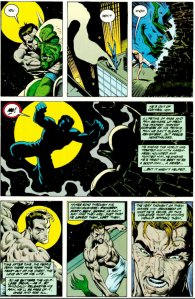 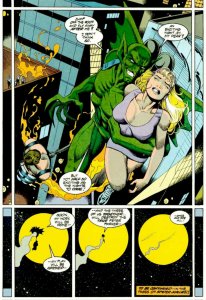 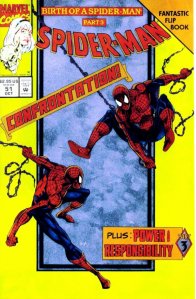 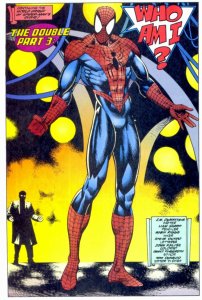 Dressed in a Spider-Man costume, the clone is walked through the painful memories of the original, taunted at each point by the Jackal. Spider-Man’s memories are fully realised and in all the ways that count, he is Peter Parker, the Amazing Spider-Man. The clone attacks the Jackal, who uses post-hypnotic suggestion to put the clone to sleep.

At a stadium, two identical Spider-Man wake up and say the same things at the same time. 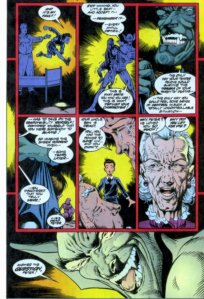 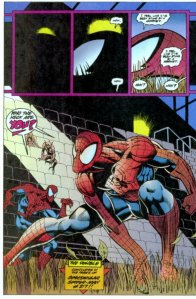 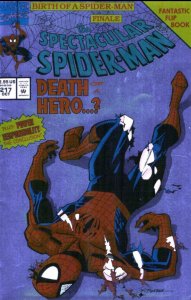 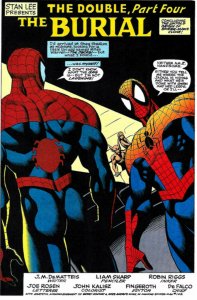 We now get a look at the final battle from Amazing Spider-Man issue 149. The original survives and places the body of the clone in the smokestacks of a nearby factory. The clone however isn’t quite so dead and wakes. He gets out of the smokestack and swings over to his apartment. Only he’s already there. It all becomes clear, he isn’t who he thinks he is, he isn’t the original. Everything he knows about himself is  lie. He is the clone, he knows he’s got to live on, but for now, he has to mourn the person that he was. 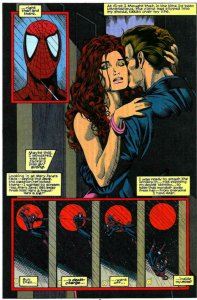 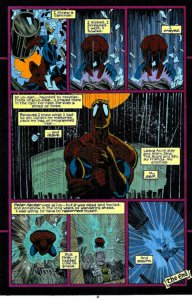 Notes: I don’t know that this is a story that needed to be told. I genuinely don’t. The first part at least highlights the rage and the hate that lived within Miles Warren at the time. This put a lot of his actions in an understandable light.

The second and the third parts of very much filler, but the final part showing the clone realising and accepting his reality is touching. Confronting the lie of his own identity, he considers himself dead and anything beyond this point would be resurrection. It’s powerful and affecting stuff the kind of psychological story-telling that DeMatteis does far better than most of his peers.

The art was my first exposure to Liam Sharp who recently did an amazing job on Wonder Woman for DC. Even this unpolished art by his unseasoned self has a lot to like, detailed anatomy, expressive faces and a memorable take on the Jackal bump up this possibly unnecessary story by a few points.

This story appeared as a flip book part of the Power and Responsibility issues, it was a very 90’s concept  that added value to the price-gouging deluxe issues that Marvel were doing at the time. It’s lovely little bonus feature for the DVD release sort of thing. Like I said, I don’t know that this story was necessary, but it was one that was well told.

It finished strong and with it the Clone Saga moved into it’s next phase.

Next Time: Outlandish costumes, dystopian views and facial tattoos, welcome to the Age of Apocalypse.

One thought on “Clone Saga Extra: Birth of a Spider-Man parts 1-4 – I’m going to ask, where did he get the jet pack from?” 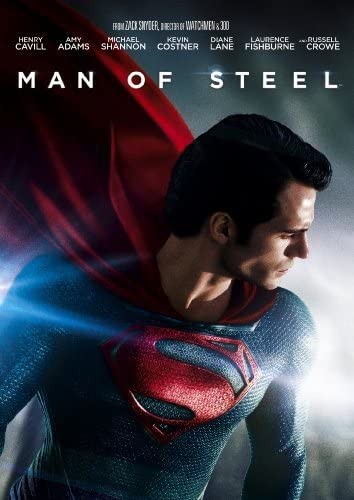